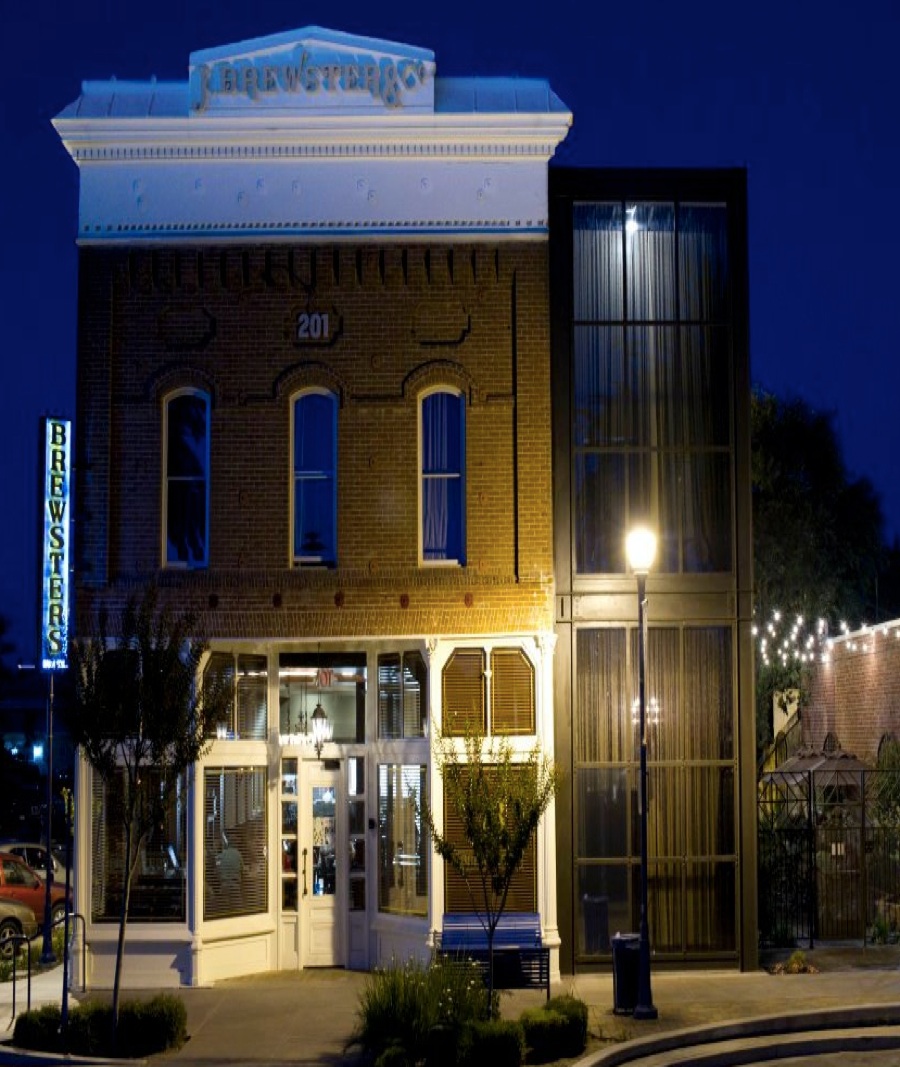 Mr. John Brewster migrated across the country from Illinois to California in 1852.  He first resided in Placerville and then moved to Galt in 1869 when it was found.  Mr. Brewster was Galt’s first Postmaster.

In the late 1800’s, Galt suffered through four years of poor harvest and low agriculture price.  These factors forced Mr. Brewster to file for bankruptcy in June of 1889.

James and Mary Bethel bought the building at an auction and then rented it back to Mr. Brewster as the economy got better.

After her husband died in December of 1902, Mary Bethel sold the building to Samuel Wriston for $100.  Samuel Wriston was a wealthy farmer and a member of the International Order of Odd Fellows.

In April of 1903, Wriston sold the building for $1 to the local Oddfellows Hall and Cemetery Associations.  They used the second floor for their meetings and events.

Mr. Brewster died in 1905 and the building became known as the International Order of Odd Fellows Hall.  Local famers, the Sawyer Brothers started a general merchandise business out of the first floor.

In 1919, the Sawyer Brothers moved to a new location and E.L. Beeler moved in and changed the nature of the business to Hardware and Farm Implements.  He called the business the Galt Mercantile Company.

In the 1930’s, Glen McFarland opened a butcher shop.  The downstairs area continued to be a butcher shop until the 1970.  The building became vacant and remained that way until 1996, when the IOOF sold the building to Sacramento architect, Bob McCabe.

The building is now Brewsters Bar and Grill